Selwyn actually lies outside the scope of this book. It is included however, because it is the terminus for the railway line from Cloncurry through Malbon and Kuridala which reached Selwyn on 15th December 1910.

The town takes its name from the Selwyn Ranges which were named after the Victorian Government Geologist A.R.C.Selwyn. The mine plant cost £10,000 and the smelter £80,000. By 1915 £2 million worth of copper was produced.

By 1913 there were 1,000 people growing to 1,500 by 1918 then rapidly declining. Two cabinet ministers came from Selwyn. Today, only the railway formation and foundations remain of the town site with the chimney on the smelter site. In 1993 the Arimco Mining Group reopened the mine which went under several names including Starra and Selwyn mines before closing in 2003.

Read the story of James Elliott, wrongly sentenced for a crime, found Copper and retired to Cloncurry and also the beer strike 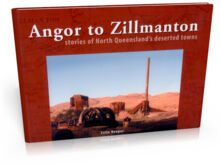 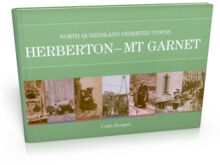 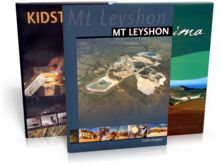